I‘ll give you another -€10 on the already discounted price!

I can understand it, you‘re currently asking yourself why you should spend another €37 for something although you don‘t even know how good the FUTMC Trading Group is itself.

I‘ll explain you why:

2 million coins per month will be feasible, that‘s actually super easy. But imagine you have the chance to make 5 million coins and more every month and you‘re able to afford the best players like Mbappé, Ronaldo etc. in a much shorter time.

Imagine that: After only a few weeks, you already play with such a team: 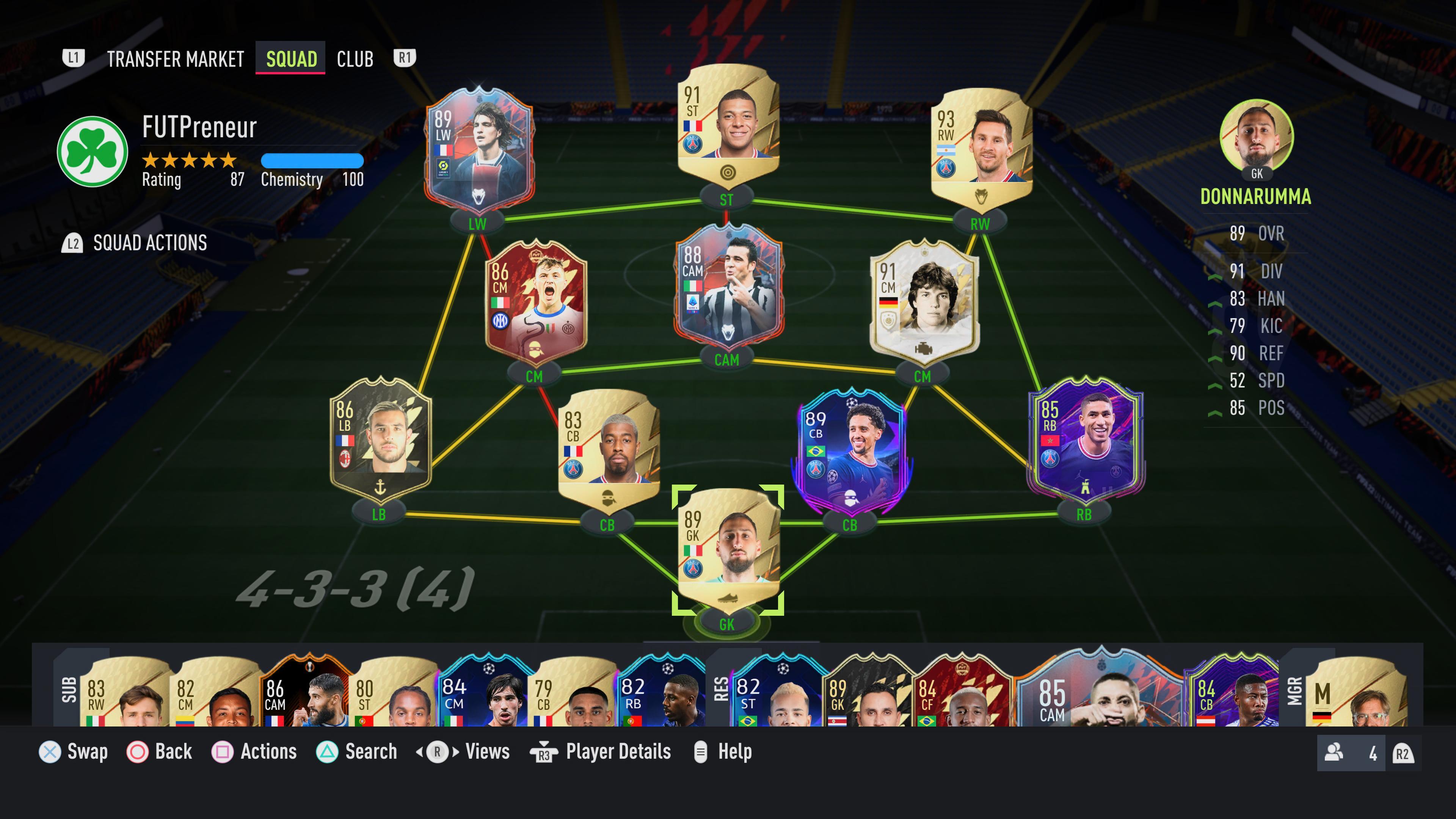 And this is what the video course I‘m offering you here - "FUT Trading Hacks" - was made for.

Now a question for you: Would €27 be worth it for you - if that means you could play with the best players in the Weekend League within just a few weeks and at the same time you‘ll be able to use this knowledge you’re getting every single year?

Yes or No? That‘s all I‘m asking you.

THIS IS AN ONE TIME PAYMENT

YES! I want to play with my dream team within 4-6 weeks with the FUT TRADING HACKS!

Many FUT Traders comfortably upgrade their teams month after month with the best players like Ronaldo, Mbappé, Neymar & all the icons. Easy with Trading.

They all use different strategies of which some are extremely complicated & risky. I’ll now be giving you (because you‘re a member of our FUTMC Trading Group) the easiest strategies to make 5 million coins & more every single month. This way you‘ll finally be able to afford the best players!

With the simple strategies in the "FUT Trading Hacks" (requiring only 30-45 minutes per day) you’ll be able to afford 2-3 players like Mbappé & Ronaldo in your first month to reduce the time you‘ll have to spend in our FUTMC Trading Group by several months!

If you‘re already trying to get more wins in the Weekend League, it would be insane to not just try these strategies, because that would mean you‘re wasting lots of potential and would have to wonder why others are already able to afford the best players!

Click on the button "YES, add to order..." and secure this limited offer for the absolute best special price - instead of €197 only €27 (THIS IS AN ONE TIME PAYMENT).

PS: This offer is only available on this page!

THIS IS AN ONE TIME PAYMENT